Plan a 2-day itinerary for your Bangkok trip (Day 1)

Before we really get into it, it’s important to understand and be mindful of etiquette when visiting the temples listed below (and in all reality, any temple in Thailand for that matter).

Two birds, one stone! Grand Palace and Wat Phra Kaew are within the same complex and they are both a MUST visit while you’re in Bangkok. Out of all the temples you’ll see in Thailand, the Grand Palace will be the most crowded by far. Therefore, it’s absolutely imperative you visit this sacred site first thing in the morning when they open, at 8:30am (close at 3:30pm). Crowds aside, this place is downright spectacular, and you’ll see more shiny golden structures than ever before. The Grand Palace is one of the most sacred grounds in Bangkok, so please take note of the temple visiting etiquette I’ve mentioned above!

Once you’re done with the Grand Palace, you can walk over to see the Emerald Buddha in Wat Phra Kaew. The Emerald Buddha, believed to have been crafted in the 14th century, is deeply respected in Thailand as the protector of the country. The cost, 500 baht per person (roughly ~$15USD) is significantly higher than other temples, but well worth it in my opinion, just make sure you visit early.

After visiting the Grand Palace complex, the next temple to visit is Wat Pho, famed for its giant golden reclining Buddha. The great news is that this temple is only a 5 minute walk from the Grand Palace!

Wat Pho, as the English name might have suggested, is famous for the Gold Reclining Buddha statue, standing at a remarkable 50 feet tall and 150 feet long! This statue is massive, bigger than other Buddha statues you’ll see in the city or elsewhere. It also houses some of the most beautiful paintings along the walls of the temple. Just note, in order to enter the temple, you’ll need to take off your shoes. Also important to note that the temple grounds are open 24 hours, but the temples close around 5:30pm, including the one housing the reclining Buddha.

Visiting three places in one go will tire you out, so it’s time to try out the famed Thai Massage! Within the Wat Pho complex, there is Wat Pho Thai Traditional Massage School, a great place to get your massage.

If you’ve never had a traditional Thai massage and/or don’t know much about them, please understand in advance they’re not your typical soothing, relaxing treatment. You’ll get stretched and bent more than you ever thought possible and the masseuse will use various body parts to get all your knots out (including knees and elbows). Definitely a different type of experience than the massages I’m used to!

I recommend going for the 60 minutes Thai massage to start. Try to get there before noon – otherwise, the slots for a massage might have been booked up if you are there during a popular season.

The next temple is right across Wat Pho, on the other side of the Praya Chao river. Fun fact – you’ll most likely be taking a boat to cross the river! Simply make your way Tha Thien and catch the Chao Praya River Boat Express. It will only cost you 15 Baht and runs frequently from 6 AM to  8 PM. Alternatively, you can grab a taxi for a 15 minutes ride but it would be silly since you’ll have to go around the river and cross via a bridge. So please take the boat if you can!

Wat Arun received its name from the Hindu god Aruna, which represents dawn or the rising sun. The temple can be recognized from its distinctive spires (also known as prang) and you can climb the stairs around one of Wat Arun’s tall steepas to be rewarded with one of the best views in Bangkok.

During your time in Bangkok, you might have noticed the three-wheeled open-air motorized vehicle, which exterior is painted in multiple bright colors. Those vehicles are called Tuk Tuks, and are a popular method of transportation for both locals and tourists alike.

If you still have energy after all the day’s activities, make your way to Bangkok’s Chinatown. In the 1800s, there was an influx of immigration to Thailand from Southern China, who originally settled near the Chao Praya river. They were relocated to the current location due to the building of the Grand Palace.

Fast forward to the present day, Chinatown is one of the most vibrant locations in all of Bangkok, where you can do some shopping at Sampang Lane, eat more street food at Yaowarat, or chill with some Chang beer at the Grand China Princess Hotel rooftop bar.

Phew- that was an utterly exhausting day. But face it – if you’ve only got 2 days in Bangkok, you should really make the most of it! Save the relaxation for later! 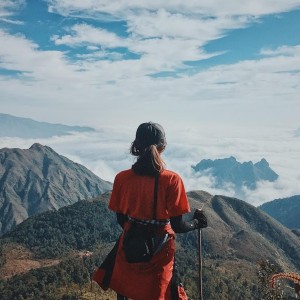